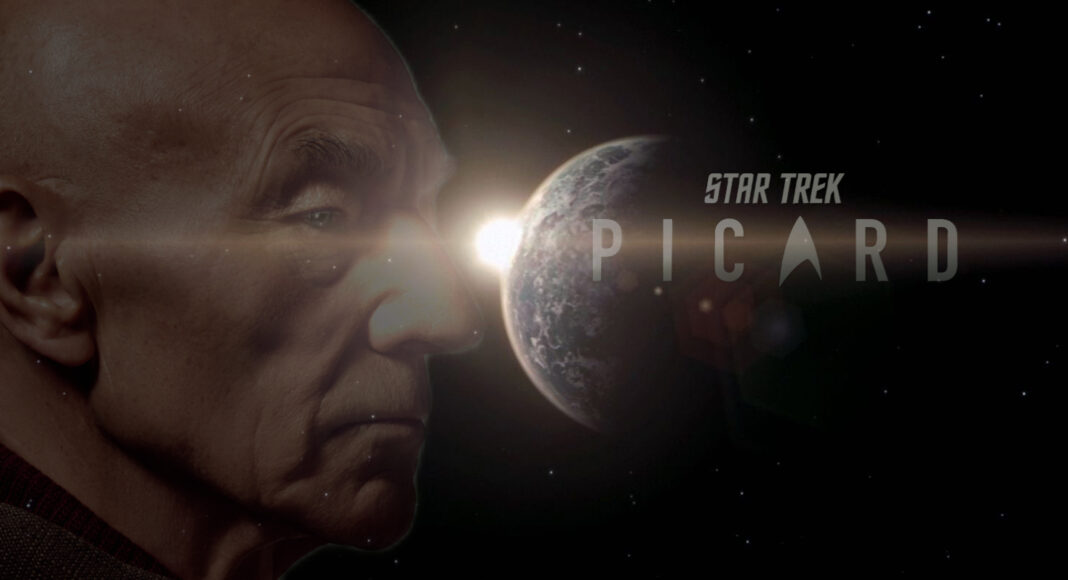 Presumably in the first quarter of 2023, “Star Trek: Picard” will return for its third and final season. The cast of “The Next Generation” will be on board to explore an event that will shake the known universe to its foundations. But what is it all about? The first “Star Trek: Picard” novel may give us a clue.

In February 2020, just a few days after the start of the series, the novel “Star Trek: Picard – The Last Best Hope“, written by Una McCormack, was published. The book is a prequel to the first season, more precisely the time between 2382 and 2385. The plot focuses primarily on the threatening supernova of the Romulan sun and the following evacuation mission, which is planned and carried out by Admiral Jean-Luc Picard. However, after the Synthetic’s attack on the Utopia Planitia Fleet Yard on Mars, Starfleet suspends its rescue mission. Two years later, in 2387, the Romulan sun explodes, destroying the twin planets Romulus and Remus. Other parts of the Romulan Star Empire are also threatened by the supernova, and the old empire subsequently disintegrates into at least one successor state, the Romulan Free State.

One of the numerous characters in this novel is the Romulan scientist Doctor Nokim Vritet. He is described as a maverick whose task it is to analyze the impending Romulan supernova. Like his Federation colleague Dr. Amal Safadi, a successful astrophysicist at the Cambridge Institute of Astronomy, Vritet notes that the Romulan sun will go supernova much faster than originally thought.

But the crucial thing is: In his opinion there is no natural explanation for the upcoming catastrophe. Vritet rather suspects that the supernova was created artificially. Vritet’s research is then withheld and sabotaged by the government and the Tal Shiar. In addition, the Romulan scientist faces an intimidation campaign. In the end, the findings of science are ignored because of this political intrigue.

Attack of the Supernovae?

While the Romulans were of central importance in the first season, they no longer played a crucial role in the second season (apart from Laris). In “The Next Generation” series however, the Romulans were the most dangerous and exciting adversaries, along with the Borg. So why shouldn’t they return for the farewell of “The Next Generation”? In addition, the first season left some questions unanswered: What was the deal with the Romulan Free State? How did the balance of power shift in the aftermath of the Dominion War (2375) and the disintegration of the Romulan Star Empire (2387)?

“Definitely, in season three, there are some game-changing Star Trek Universe ideas.“

Is there perhaps an alien power behind this mystery, possibly the Alliance for Synthetic Life from “Et in Arcadia Ego, Part 2” (PIC 1×10) or the unknown threat from “Farewell” (PIC 2×10)? A reference to “Conspiracy” (TNG 1×25) or “The Neutral Zone” (TNG 1×26) is also conceivable. The ability to create supernovae anywhere at any time would indeed be one of the greatest threats ever to the “Star Trek” universe. The trace could therefore also lead to the Tkon Empire, which perished about 600,000 years ago due to a supernova (TNG 1×05 “The Last Outpost“). In “Star Trek Online” the Iconians created the supernova (TNG 2×11 “Contagion” / DS9 4×22 “To the Death”).

But it could also be a galaxy-wide conspiracy involving the Romulans, the Remans, the Federation and other governments. Could Laris (Orla Brady), as a former Tal Shiar agent, be the key to uncovering this secret? She might even have to pay for it with her life. This would definitely fit into the dramaturgy of the series.

Novels are not binding

It is well known that novels are not binding for the “Star Trek” canon. Therefore, the text passage mentioned should be taken with a grain of salt. On the other hand, “The Last Best Hope” has implemented some story arcs that have been picked up in the series, including Raffi’s and Elnor’s backstories, for example. Either way, though, the Romulan Supernova is a galactic event that deserves even more exposition. The third season of “Picard” would be a good opportunity to tell that story.